↓ Skip to Main Content
Home › Medical Questions › General › Will a person suffering from Crohn’s disease be more pre disposed to get MND?

Will a person suffering from Crohn’s disease be more pre disposed to get MND?

Hi I have become paranoid that my boyfriend is going to develop MND at some point In his life and it’s not that rare and I think because he has crohn’s disease that it will make him more pre disposed to get MND. But if he has a disease already will it make it less likely to happen?

There is no reason to believe that because your boyfriend has Crohn’s disease that there is necessarily a greater chance of developing MND. There is a 1 in 300 risk of getting MND across a lifetime. It can affect adults of any age, but is more likely to affect people over 50. MND often begins with weakness of the muscles in the hands, feet or voice, although it can start in different areas of the body and progress in different ways. It is in hereditary in about 10% of the cases as far as the remaining 90% due to a number of factors including auto immune response issues, exposure to viruses, toxins and ageing of motor neurons. Unless there are existing symptoms which may lead you to believe your boyfriend may suffer from MND, I would not focus on that and stop thinking about it.

Here are some additional factors for your information:

The physical effects of motor neurone disease can include:

Doctors often find it difficult to diagnose MND in the early stages as it can resemble other conditions, such as mutiple sclerosis  (MS). If a doctor suspects someone has MND, they will refer them to a neurologist, who will take a medical history, do a thorough examination, and may suggest other tests, such as:

1. Blood and urine tests: These can help a doctor rule out other conditions and detect any rise in creatinine kinase, a substance that muscles produce when they break down.

2. MRI brain scan: An MRI cannot detect an MND, but it can help rule out other conditions, such as stroke , brain tumour, or unusual brain structures.

3. Electromyography (EMG) and nerve conduction study (NCS): An EMG tests the amount of electrical activity within muscles, while a NCS tests the speed at which electricity moves through muscles.

4. Spinal tap, or lumbar puncture: A doctor will look for changes in the cerebrospinal fluid, which surrounds the brain and spinal cord. It can help rule out other conditions.

5. Muscle biopsy: This can help detect or rule out a muscle disease.

The doctor will normally monitor the individual for some time after the tests before confirming that they have MND. 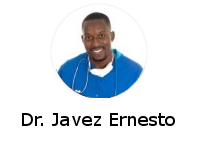