↓ Skip to Main Content
Home › Medical Questions › Gastroenterology › I had a hysterectomy 5 years ago for endometriosis, have side effects please advise?

I had a hysterectomy 5 years ago for endometriosis, have side effects please advise?

I had a hysterectomy 5 years ago for endometriosis ages 27. After the surgery I suffered severe infection which resulted in two further surgeries one to remove scar tissue around my bowels and lower intestine and one to remove my remaining Fallopian tube I also was admitted to hospital and put on IV antibiotics for 7 day periods over a period of 13 months I was admitted 8 times doctors could never control the infection. I recovered for a period of around 6 months then started getting strange stinging electrical shock symptoms around my genital area and my back and head after many test I was diagnosed as delusional and put on medication which after being adjusted many times eased my anxiety but never my symptoms they continued to worsen I now constantly feel like something that feels slimy like small worms are crawling from my genitals or scalp I get a bad burning pain in my right shoulder blade that often extends down my back into my lower back/ buttock I often feel something is crawling or moving up from my bottom round either side of my waists to my belly button. Area this can sometimes produce also a strange smell which other people have smelt. This causes me to feel exhausted extremely bloated to the point I feel my stomach may pop and it becomes very distended I often feel sick and have random hot flushes, concussion a fuzzy feeling and low mood last time I was in the bath the sensation from my genitals was bad so I took a photo and I would like you to look and see if you see the dark worm type looking problem I see and feel 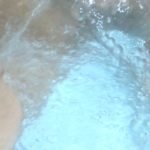 3 Comments on “I had a hysterectomy 5 years ago for endometriosis, have side effects please advise?”